Previous article
› Our new the Healthy Mummy App is HERE! Find out what’s new
Next article

The Healthy Mummy App has some great new fun features we know you will love!!

If you haven’t already, it is time to upgrade to our NEW App now.

Don’t worry just because we have a new app doesn’t mean everything will change, your existing login details will work with the new app and your subscription will not be affected by the app change.

Key things to do:

What’s new in the new app? 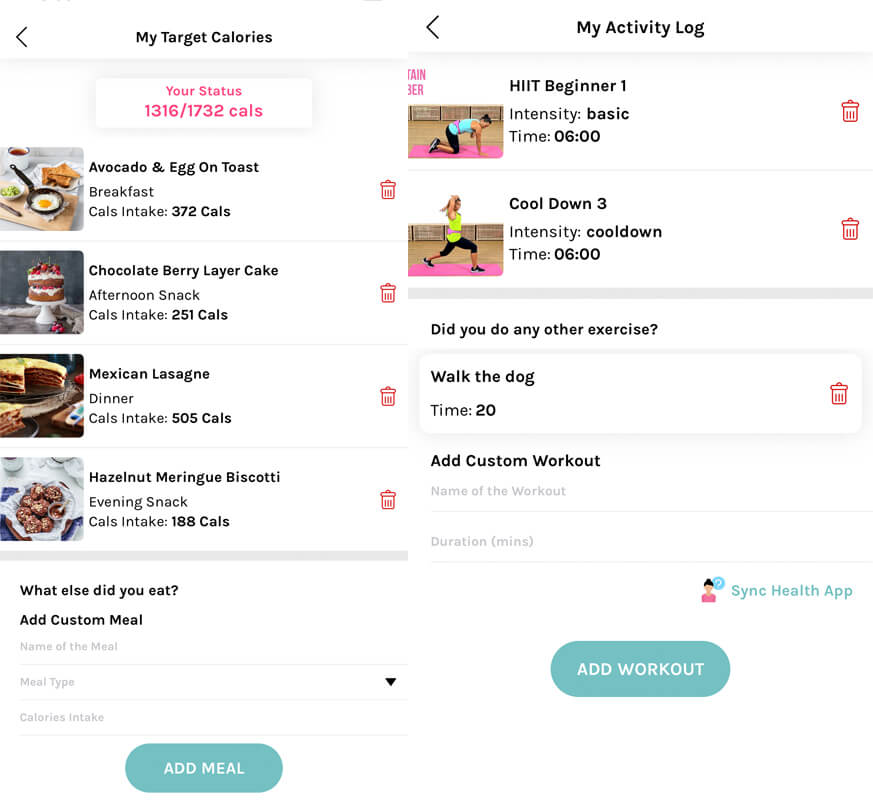 Did you miss the details of our last app update? Read all about it the fun new features.

FAQs for the new app

With a new app comes new questions here are some FAQs we hope will answer any you might have.

1. WHY ARE YOU RETIRING YOUR OLD APP?

As technology and our App Users evolve, our old App simply could not deliver the reliability, interactive experience or modern operation that we expect for our business and our Users. In order to maintain and stay ahead of technology, our new App will grow to offer a better and more reliable experience on a sustainable operating platform.

2. WHAT ARE THE REQUIREMENTS TO DOWNLOAD THE NEW APP?

For Apple devices, you need iOS 11.0 or later and we recommend keeping up to date with the latest iOS version available for your device. Apple advise that you should make sure you are logged into the same iTunes account that you used to purchase the App.

Although the App Store may show an update is available, you need to be logged into the original Apple ID that you used to purchase the app to be able to download any updates. Be sure you are using the same Apple ID.

For Android, the minimum operating system your device needs to be able to run our new app is version 4 (Jelly Bean) which was released October 31, 2013. The most recent update was released in August 2018. Most devices can run at least version 5 (released 2014). Some older devices cannot be updated or do not have updates available from their manufacturers.

Additional Recommendations
We recommend keeping your device up to date with the latest version of the app at all times. If you are updating an app directly on your device, make sure you are connected to WiFi.

3. WHAT IF I CANNOT DOWNLOAD THE NEW APP BECAUSE MY DEVICE IS NOT SUPPORTED?

If you are on an older operating system, please ensure you are accessing our fully-optimised 28 Day Challenge site: https://challengeapp.healthymummy.co.uk You can add it to your favourites for quick access.

4. WHY DOES MY DEVICE NOT SUPPORT THE NEW APP?

The Healthy Mummy make necessary updates to The Healthy Mummy App to ensure a better user experience. If you do not update to the new App, you will lose access on your existing mobile device. In this instance, we recommend you refer to the desktop version of our 28 Day Challenge site: https://challengeapp.healthymummy.co.uk

You can add it to your favourites for quick access.

Upgrade your software and download the new App. This will ensure you continue your 28-Day Challenge journey and get access to new features.
Seek advice from your device manufacturer to understand what Apps are supported. Device-related support issues cannot be controlled or changed by The Healthy Mummy.

Upgrade your device to ensure you are able to manage and download the Apps you use regularly.

Use the desktop version of the 28-Day Challenge to manage your journey and subscription.

If you opt out to take actions a) to d) and would like to cancel your 28-Day Challenge subscription, please contact Customer Service at [email protected]

Not yet a 28 Day Weight Loss Challenge member? Join today!

Check out the 28 Day Weight Loss Challenge. With over 4,000 recipes, 350 fat burning exercises and 24/7 support, The Healthy Mummy can help YOU hit your goal weight faster.

Join the 28 Day Weight Loss Challenge today for only £1 for 28 Days!

Slow and steady wins the race! It’s not always favourable to try and lose a heap of weight in a short space of time, as…
END_OF_DOCUMENT_TOKEN_TO_BE_REPLACED

We are so excited to launch a brand NEW Healthy Mummy App with a NEW look, NEW content & recipes and brand NEW tips and…
END_OF_DOCUMENT_TOKEN_TO_BE_REPLACED

Are you ready to SMASH your health and weight loss goals in 2022! Make sure you’re signed up for the next round of the 28…
END_OF_DOCUMENT_TOKEN_TO_BE_REPLACED

The Healthy Mummy is launching a NEW 12 Week Challenge designed to give our mums extra motivation and accountability to reach their goals.
END_OF_DOCUMENT_TOKEN_TO_BE_REPLACED

With the kick off of another 28 Day Weight Loss Challenge Healthy Mummy mums have been busy in their kitchens getting their meal prep done….
END_OF_DOCUMENT_TOKEN_TO_BE_REPLACED