***Trigger Warning: This content mentions the death of a child and may cause some distress to the reader.

To celebrate International Woman’s Day, we are celebrating mums who have found strength within themselves during some very difficult times.

Renee Robertson didn’t realise just how strong she was until she tragically lost her daughter.

Following her heartbreak, she’s decided to become the healthiest strongest person she can be for her other daughter. 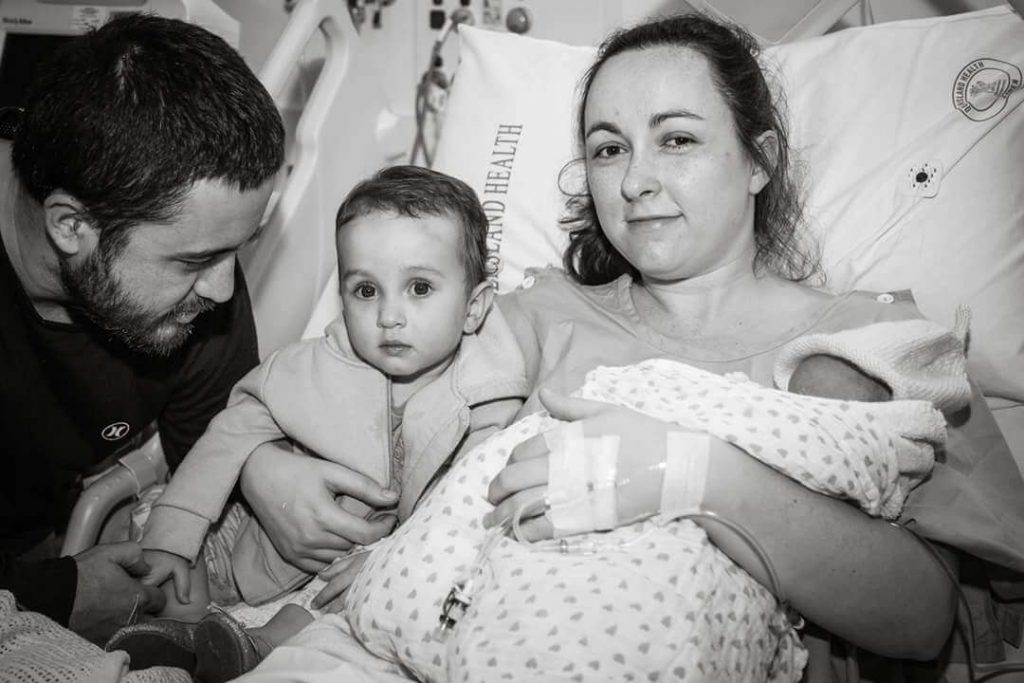 In February 2017, Renee and her husband found out they were expecting their second child and, naturally, they were both very excited.

Weeks went on and everything seemed be to going well. Renee’s belly was growing and she could feel the baby moving constantly. The couple set out and started preparing for the birth of their baby and bought items they would need and began setting up a new room.

“My husband couldn’t get the day off but I wasn’t worried. In my mind it was just a scan and he had been present at the dating scan so I didn’t feel like it was important that he attend. I was only worried about them not being able to tell me the baby’s gender as I really wanted to know.”

During the scan the technician revealed Renee was expecting little girl, but said she wanted to check a few things and asked her supervisor to come into the room. They scanned Renee’s belly again and discussed medical terms. As Renee is a nurse, she picked up that they were mentioning parts of the brain.

“They told me that it didn’t look good and they were getting a doctor and a social worker to come and talk to me. I was in shock. How could something be wrong with my baby?”Renee recounts.

The baby had been moving and Renee was feeling well so she couldn’t comprehend how this had happened.

“You hear about these things happening to other mums but you never think it will happen to you.”

On the scan they found the baby had an anterior Encephalocele caused by a neural tube defect. Encephalocele happens when the neural tube does not close completely during pregnancy and a sac-like protrusion of the brain through openings in the skull. The disease can occur in 1–3 per 100 000 live births with 80-85% of Encephalocele’s being occipital. The exact cause is unknown.

“I then had to make the difficult phone call to my husband and mum. I broke down when my husband answered and could hardly get the words out. That afternoon I asked my husband if we could name her Emily – this name was never even on my list of girl’s names but it just felt right,” says Renee.

“I was also diagnosed with gestational diabetes. As it was only affecting me I did not change my diet much because I really didn’t care what happened to me. I was eating for comfort.”

At this stage they thought it would be fatal but they were not sure. They recommended that she terminate the pregnancy but Renee couldn’t end her life. She was praying hard for a miracle.

Because Renee chose to continue she had to have a MRI to see how extensive it was, as surgery could have been an option once the baby was born if it was small.

“This gave me extra hope as they were suggesting that maybe she could live,” she said.

Unfortunately, what they discovered was larger than they first thought and her condition was described as “lethal”.

“After this I still had to have the usual antenatal appointments with all the other pregnant mums. I felt like a failure sitting in the rooms with them. I felt like it was all my fault,” Renee says.

Renne chose to have a c-section to give Emily a chance of being born alive and getting to meet her family.

Emily Mae was born on September 20th 2017 via c-section. She lived for two days.

“Saying goodbye to her was the most difficult thing I have ever had to do. I never wanted there to be a last time for holding my precious girl,” says Renee.

“That first night in hospital they let me sleep with her on me and my husband got to stay with us. She surprised us all and was still with us on the Friday so they transferred us to a children’s hospice.”

Renee says she knew Emily was going to pass away on the Friday.

“She was not feeding, was becoming jaundiced and was having long periods of apnoea. We put Amara, our eldest to bed and my husband and I sat on the couch holding Emily. Not long after she died in my arms.”

The nurse got some handprints and a lock of hair from Emily for the family’s keepsakes.

“I kissed her cold face goodbye and that’s the last time I ever saw her. The next day she was taken away to have an autopsy. She was buried on the 13th October (her original due date). It was such a beautiful ceremony,” Renee says.

“Before she died I was worried about my mental health and I wasn’t sure if I would have the will to continue living. What has happened however is the complete opposite. I have a new appreciation for life. Emily has given me the motivation to live life to the fullest and to be happy,” said Renee.

Realising that she was not happy with her body and that it was up to her to change it, Renee joined The Healthy Mummy on the 27th November.

Renee says, “I am loving my skin and body for the first time in my life. Eating healthy and looking after myself is helping me to grief in a healthier way. It doesn’t take the pain away but it certainly helps lift my mood and makes each day a little easier.” 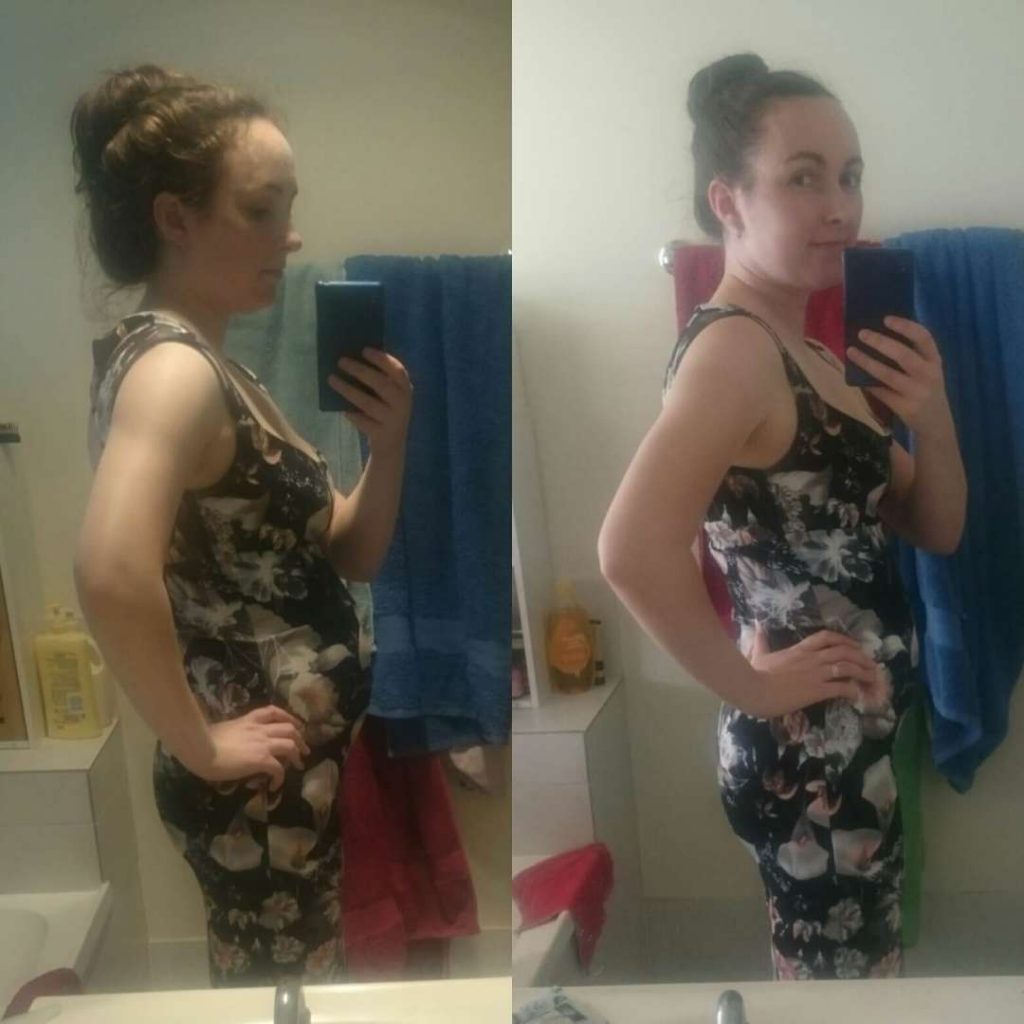 “I know that with each day that I am striving to look after myself, it is making me a better mum and a healthy role model for my girls to look up to. I am doing something to make them proud of me and I am so proud of myself.”

Thank you so much for sharing your story with us Renee, you are truly inspiring.

If you need support from mums who may have been through a similar circumstance, reach out to our Private UK Community 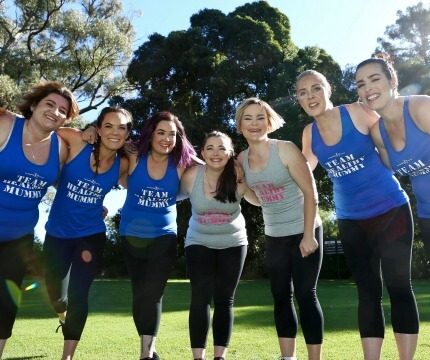 This February you will be able to access AIR FRYER recipes in the Healthy Mummy App as part of the 28 Day Weight Loss Challenge!
END_OF_DOCUMENT_TOKEN_TO_BE_REPLACED

Despite battling depression and anxiety, this mum has lost 4.7st and has finally regained her confidence

eggy suffered severe depression, PTSD, and anxiety and has now lost 4.7st and regained her confidence, has more energy and is feeling so much happier.
END_OF_DOCUMENT_TOKEN_TO_BE_REPLACED

Have you had your Vitamins today? Mums are raving about the new Vitamin C & Rosehip capsules!

Since The Healthy Mummy launched our AMAZING Vitamin C and Rosehip Capsules, Mums in our community have been RAVING about them! “I can honestly say…
END_OF_DOCUMENT_TOKEN_TO_BE_REPLACED