Pregnant women who are feeling nauseous, hang in there – there’s a light at the end of the tunnel!

Many expecting mums can’t help but worry if their sickness is affecting the amount of nutrients their baby is getting and whether or not it will affect their little one’s development, but now a new study has found the opposite.

Researchers at the Hospital for Sick Children in Toronto, Canada, found that mums who suffer from severe morning sickness during pregnancy tend to have kids with sharper minds.

Researchers looked at 121 children between the ages of three and seven, many whose mothers suffered from morning sickness during their pregnancy.

Rather than falling behind, experts found that these children were more likely to have scored higher on IQ, memory and language skill tests.

All children in the study scored within the normal range for mental development.

One in two pregnant women will experience sickness in varying degrees throughout their pregnancies, and one in 50 suffer from extreme sickness such as hyperemesis gravidarum. 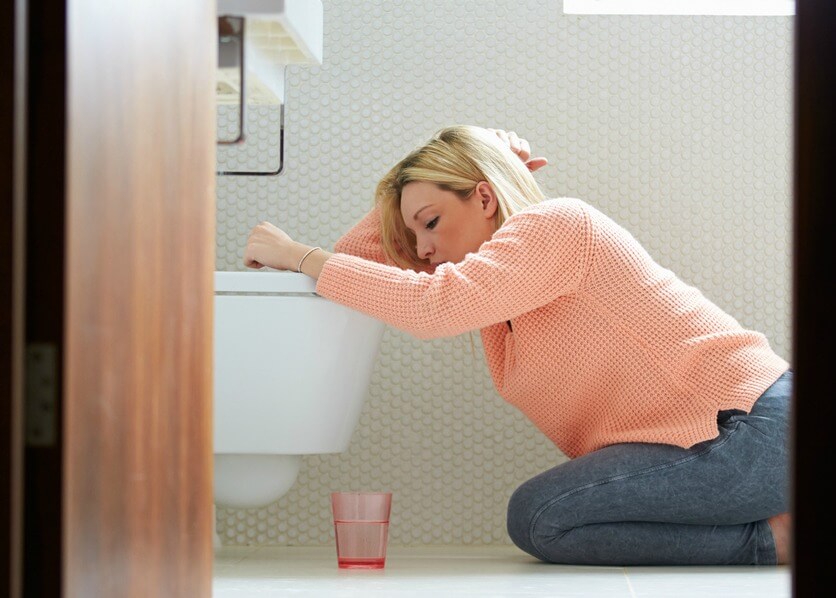 Nausea and vomiting during pregnancy is very common, particularly in the first trimester and it is related to changes in particular hormones that are needed for the placenta’s development, one theory is that morning sickness is a sign of a healthy pregnancy.

However, no one truly knows what causes pregnancy sickness.

“[The findings suggest that] nausea and vomiting in pregnancy is not harmful and in fact may enhance favourably children’s long-term [mental development],” lead researcher Dr Irena Nulman told Reuters Health. 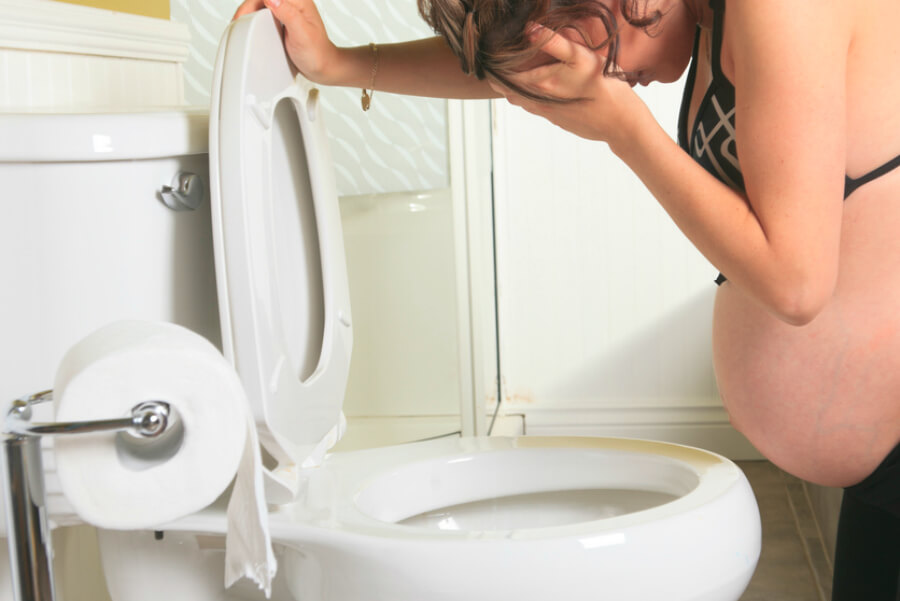 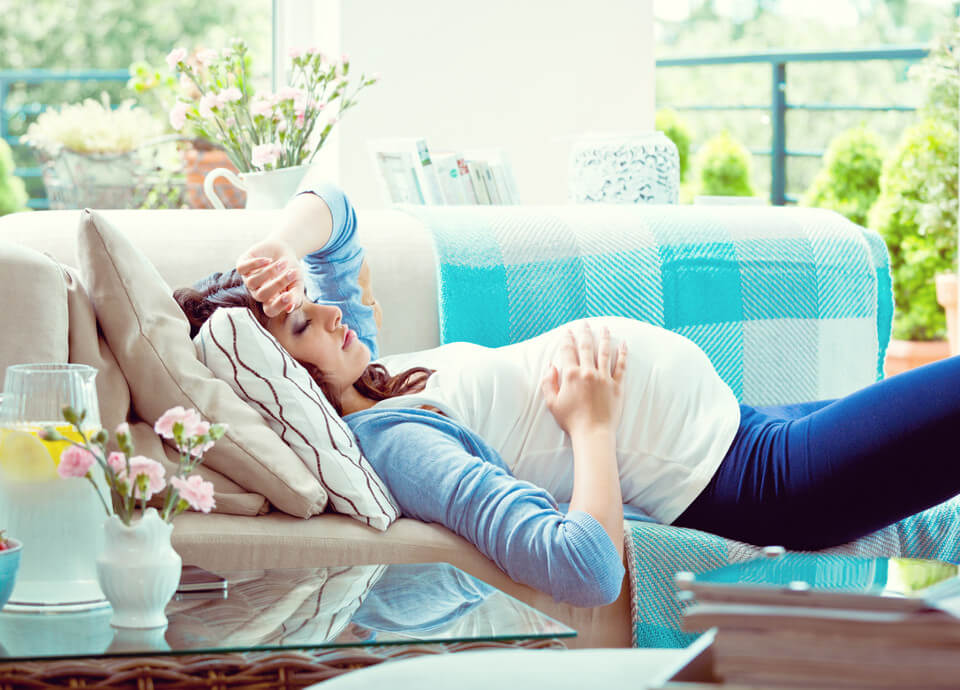 A study by a Cornell University grad student and his adviser found that meat, fish, poultry and eggs are big morning sickness triggers for women. We’re told to avoid some of these foods in pregnancy if prepared in certain ways (for instance raw egg). The reason scientists believe even just the smell of some of these things makes us nauseous when we’re pregnant is actually evolutionary – meat was once a food that would have carried many parasites.

Will it harm your baby?

According to Better Health, while vomiting may cause you some soreness in the abdominal muscles, this won’t physically harm your baby.

There are schools of thought that morning sickness is a good sign of a healthy baby, and there are studies that have linked moderate morning sickness with a reduced risk of miscarriage. But vomiting that continues for a long time and leads to weight loss and dehydration can cause some risks to both you and baby, so seek medical advice.

Does it mean I’m having twins? Or unlikely to have a miscarriage?

There are some studies that have suggested a link between human chorionic gonadotropin (HCG) and morning sickness. Because HCG is higher in women who are pregnant with multiples, it’s thought they may suffer worse morning sickness. 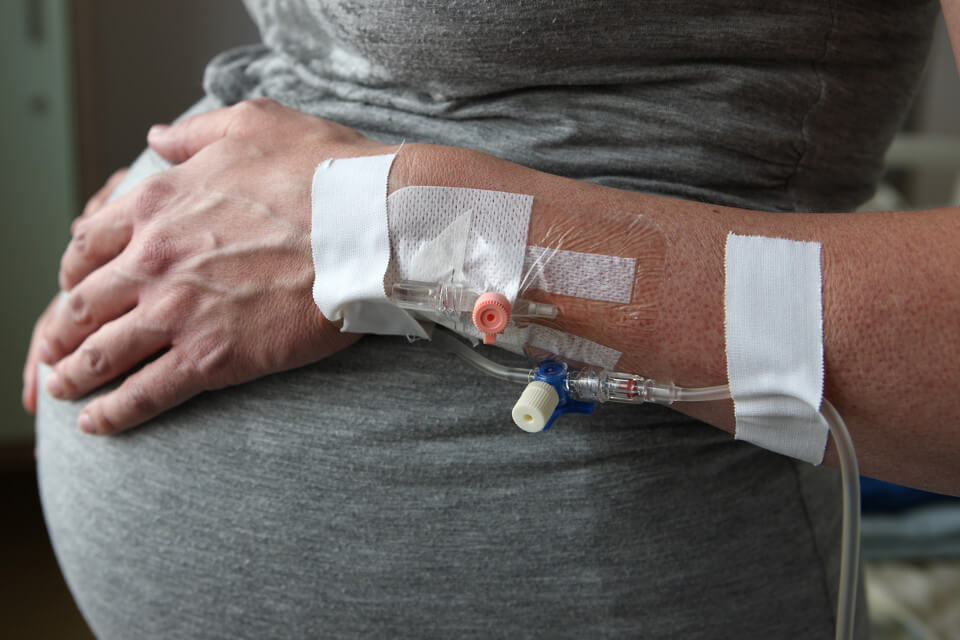 Severe morning sickness is known as hyperemesis gravidarum (HG) and was given a much wider audience after the Duchess of Cambridge suffered it with her first pregnancy. Persistent vomiting can lead to weight loss and dehydration requiring hospitalisation.

According to Better Health, untreated cases of HG can lead to:

Here are some suggestions on how to try and beat nausea :

Join our Community of Supportive Mums!!

Midwives have been accused of refusing epidurals to labouring women who have requested it, a new report has found. Guidelines state that epidurals should be…
END_OF_DOCUMENT_TOKEN_TO_BE_REPLACED

You’ve probably heard the term postnatal depression before. It generally strikes in the days, weeks or months after bub is born and can leave you…
END_OF_DOCUMENT_TOKEN_TO_BE_REPLACED

*Please note that The Healthy Mummy strives to provide unbiased stories based on topical news stories. Our articles are intended to inform mums and share…
END_OF_DOCUMENT_TOKEN_TO_BE_REPLACED

Women are being urged by medical experts to get in shape before they try to conceive. New data has revealed that more than HALF of…
END_OF_DOCUMENT_TOKEN_TO_BE_REPLACED