Previous article
Parenting › 24 baby names that are inspired by HALLOWEEN!
Next article

HALLOWEEN is upon us! Is your baby due around this time?

If you’re all about pumpkins, witches and skeletons and want your baby to have a HALLOWEEN-inspired name, then check out this SPOOKY list of names!

What’s your favourite one? Let us know…

10 names of boys inspired by Halloween

Blade is the name of the vampire hunter from the movie of the same name. Blade means ‘wealthy glory’.

You automatically think of Casper the Friendly Ghost with this name. However, Casper actually means ‘wealthy man’.

Does this name remind you of the handsome vampire Edward Cullen from Twilight? Well Cullen is actually an Irish name that means ‘handsome’, so there you go!

Damien is a name of a character from The Omen, in which the main character is the devil incarnate.

We think of blond-haired Draco Malfoy from Harry Potter when we hear this name. It means ‘dragon serpent’.

As in Uncle Fester from The Addam’s Family. Fester is a short name for Silvester.

As in Harry Potter, everyone’s favourite boy wizard. Harry was originally a nickname for Henry and Harold.

Jasper also means ‘treasure’ but we automatically think of the vampire character of Jasper in Twilight.

It’s Halloween month, so why not name your baby this? After all, June and May are popular names too.

Do you think of the Three Eyed Raven from Game of Thrones when you hear this name? We do. A raven is a black bird associated with death.

12 girls names that are inspired by Halloween

As in the possessed doll from the film of the same name. Annabelle means ‘graceful’.

There’s a lot of magic surrounding Halloween and Asteria is a magical name that means ‘like a star’.

Meaning dweller on the plain.

We automatically think of Buffy the Vampire Slayer. Buffy is a diminutive of Elizabeth.

Clarice is an FBI agent in Silence of the Lambs. Clarice means ‘bright’.

Daphne is a character from cartoon series Scooby Doo and a member of the Mystery Inc. scouting out haunted places. 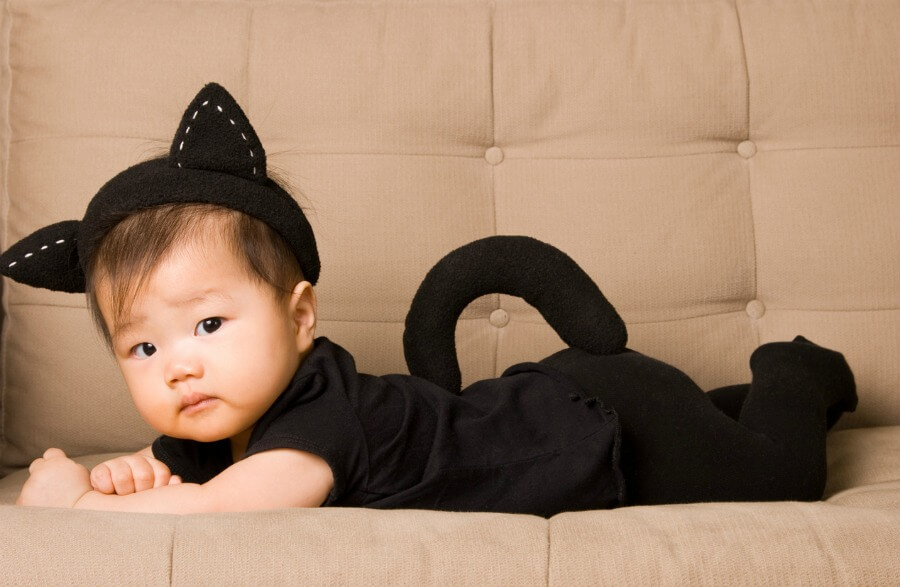 Elvira was the name of the main character in comedy horror flick Mistress of the Dark. Elvira means ‘beautiful, truth.’

The moon is often associated with werewolves. Luna mean ‘moon’.

Rune is a name that comes from ancient symbols used in magic and means ‘secret’.

Is there anyone cooler than Sabrina the Teenage Witch? Sabrina means ‘legendary princess’.

You think of the video game The Legend of Zelda when you hear this name, and it’s been a great inspiration for costumes for this time of year.

After giving birth to her second baby, this mum surpassed her goal weight by 1.8st. How? She joined the 28 Day Weight Loss Challenge. The 28…
END_OF_DOCUMENT_TOKEN_TO_BE_REPLACED

Mother’s Day is just around the corner and while flowers or a candle are lovely, they’re not exactly original. So, we’ve pulled together a list…
END_OF_DOCUMENT_TOKEN_TO_BE_REPLACED

Mum of 5 shares awesome hack to get kids to try new foods!

Healthy Mummy Hannah knows a thing or two about feeding children! With five kids aged between 8 and 2-year-old twins, she has come up with…
END_OF_DOCUMENT_TOKEN_TO_BE_REPLACED

Explained! Why your toddler LOVES books so much

Do you have a little book worm in your household? Your child may not be able to even talk properly yet, let alone read, but…
END_OF_DOCUMENT_TOKEN_TO_BE_REPLACED

Being a busy mum can sometimes be super stressful. We often feel overwhelmed and run down yet still don’t stop to look after ourselves. Burnout…
END_OF_DOCUMENT_TOKEN_TO_BE_REPLACED