Postnatal depression doesn’t just happen to new mums, many new dads reveal they feel down after the birth of their first child.

A new study of 1,000 dads found more than a third of new fathers feel down after becoming a father and 72 per cent of those polled feel there isn’t enough support with 82 per cent of men saying they believe the impact of childbirth on dads can sometimes go unrecognised. 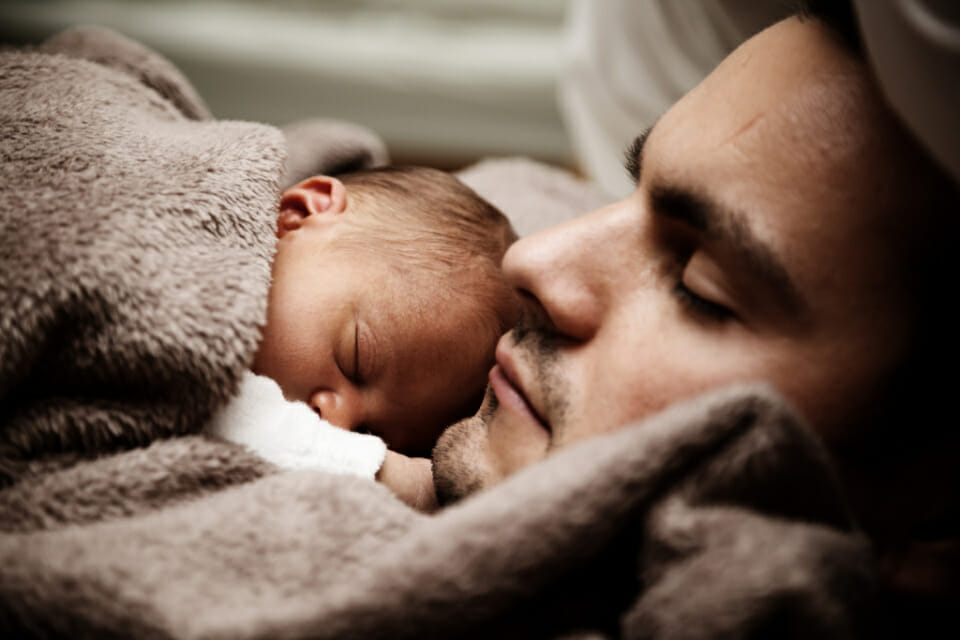 Research by baby brand Ergobaby found that a quarter of new dads admitted to feeling crippled by the pressure of providing for their family and 22 per cent found the lack of sleep messed with their mental health.

16 per cent of dads also admitted to feeling resentment over no longer having time to do the things they enjoyed. One third claimed they found it hard to bond with their baby, a fifth felt overwhelmed by the responsibility of parenthood.

Two in five dads also admitted to feeling embarrassed for being a hands-on-dad and doing things such as wearing their baby in a carrier or pushing a pram.

What’s more, 40 per cent revealed they felt judged by family members for feeling how they did. 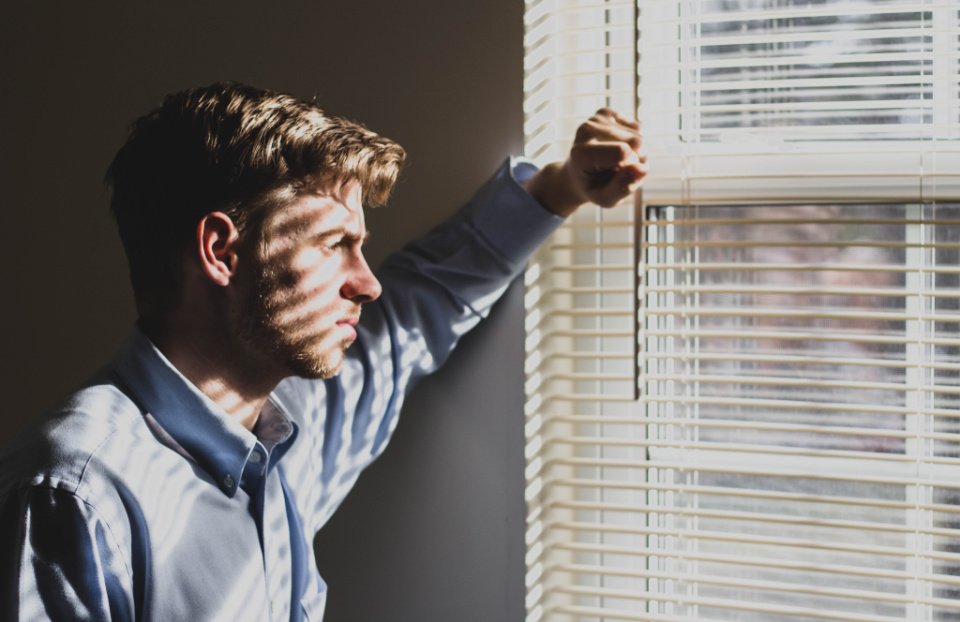 Worryingly, only half of dads surveyed admitted to talking to someone about how they were feeling and the struggles they were dealing with.

“This research shows that we aren’t giving dads the tools or time to adjust to parenthood,” says Amanda Loveday, Marking Manager at Ergobaby in the U.K.

“By championing simple actions such as babywearing – which can reduce stress and increases bonding – or talking openly and without shame about fears and concerns, we can better equip new dads to enjoy the positives of parenthood.” 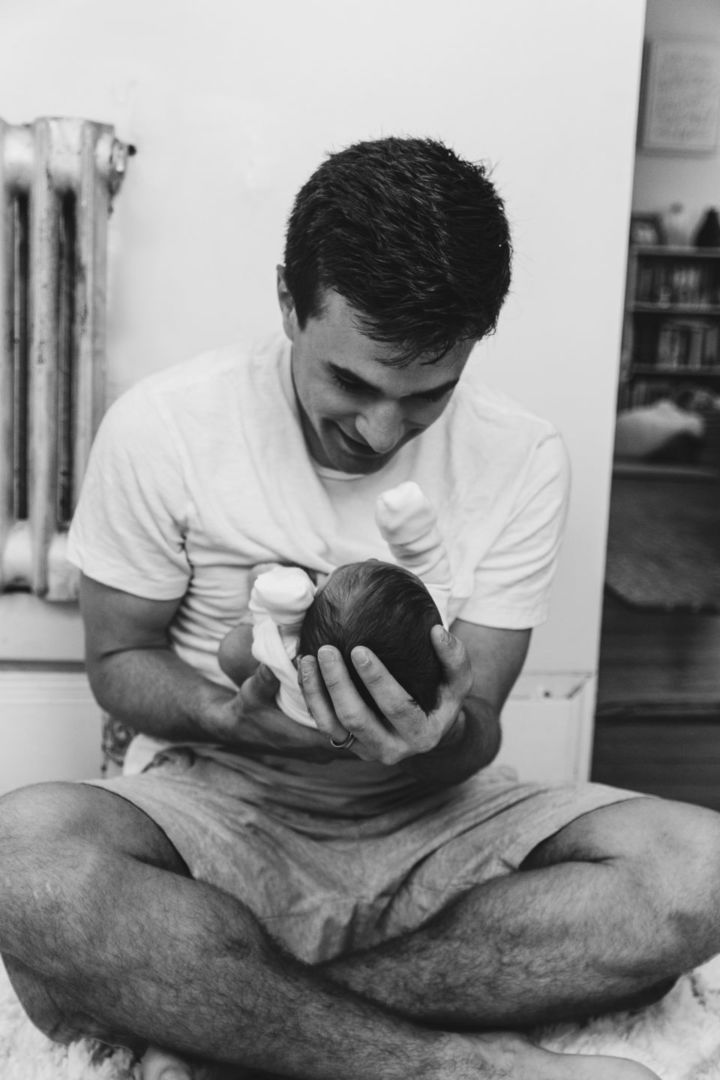 What dads can do to help bond with their baby

The study found that 71 per cent of dads admitted that using a baby carrier helped them bond with their baby.

60 per cent felt overseeing bedtime helped their bond with their child, 57 per cent bonded by doing bath time and 52 per cent of dads were keen to give their baby a bottle.

However, despite the struggles many men admitted to facing, 92 per cent of them said they wouldn’t change being a dad.

“However, this often goes undiagnosed due to the perceived shame or guilt felt by men.

“Perinatal health matters for both mums and dads and establishing a good bond early on – through implementing simple steps such as babywearing or speaking to friends and family – can really help mental well-being for parents and children.”

Due to the relentless, tiring nature of parenthood, some parents can experience some symptoms of PND without having PND. So the diagnosis is dependent on how much symptoms interfere with daily life. Look out for persistent patterns of:

If you feel like you need help or know of someone who needs help we advise you see your GP asap or reach out to the Association for Post Natal Illness (APNI) and Pre and Postnatal Depression Advice and Support (PANDAS).

Are you a yo-yo dieter? What if we told you that you could lose weight FOR LIFE! Yep, that’s right! Researchers have found an incredible…
END_OF_DOCUMENT_TOKEN_TO_BE_REPLACED

People tend to give themselves the freedom to indulge on things classified as ‘healthy’, but you should ALWAYS watch the quantity of food you eat.
END_OF_DOCUMENT_TOKEN_TO_BE_REPLACED

What a difference nine months can make! Kaire Konton-Smith has shared her incredible transformation photos after joining the 28 Day Weight Loss Challenge and all we…
END_OF_DOCUMENT_TOKEN_TO_BE_REPLACED

Did you know that the average Christmas dinner with all the trimmings can mount up to as much as 6000 calories?!!! Woah! And that’s just…
END_OF_DOCUMENT_TOKEN_TO_BE_REPLACED

The festive season is often full of temptation everywhere, it can be frustrating and so easy to lose track of your goals and maintain that…
END_OF_DOCUMENT_TOKEN_TO_BE_REPLACED