Previous article
Health › Pregnant mum’s rash covered her whole body: ‘The pain and the itch was unbearable’
Next article

Many women find their body behaves differently when they are expecting but this mum developed a sore, red rash that spread across her entire body.

“It came on almost instantly,” she tells The Healthy Mummy. “I remember noticing a few really red stretch marks and then within a few days I had so many, and the itchiness was getting crazy.

Pregnant mum’s rash covered her whole body: ‘The pain and the itch was unbearable’

Summer reveals at first she wasn’t too worried, but then things began to get worse for her.

“At first I thought it was normal because I was so big when I was pregnant with my son. But soon the itching and the pain was out of control,” she says. 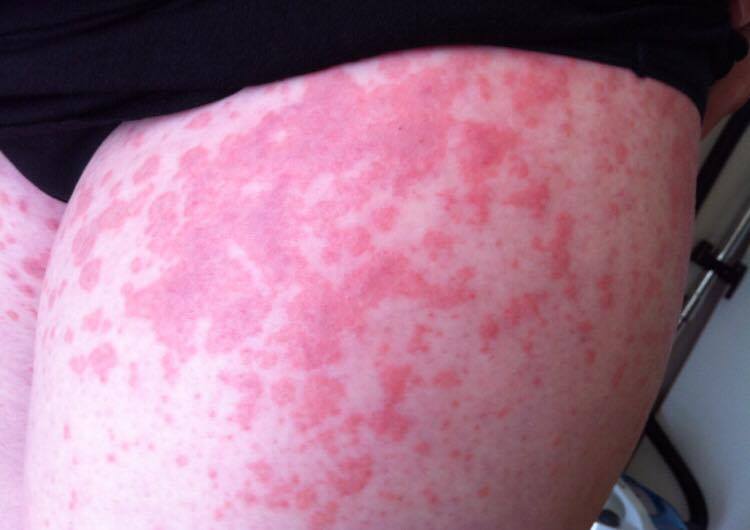 After searching online to find out what was going on, Summer went to see her doctor who confirmed she was suffering with PUPPPs.

Pruritic Urticarial Papules and Plaques of Pregnancy (PUPPP) is a rather common skin condition that affects around one in 150 women during pregnancy.

“My doctor monitored me for many weeks, but then it started to spread all over my body. The pain and the itch was unbearable,” says Summer.

“I would spend a lot of time crying and screaming and my husband would hold my hands so I couldn’t scratch myself and make it bleed. Sleep was limited, I’d wake up in the middle of the night wanting to scratch myself.” 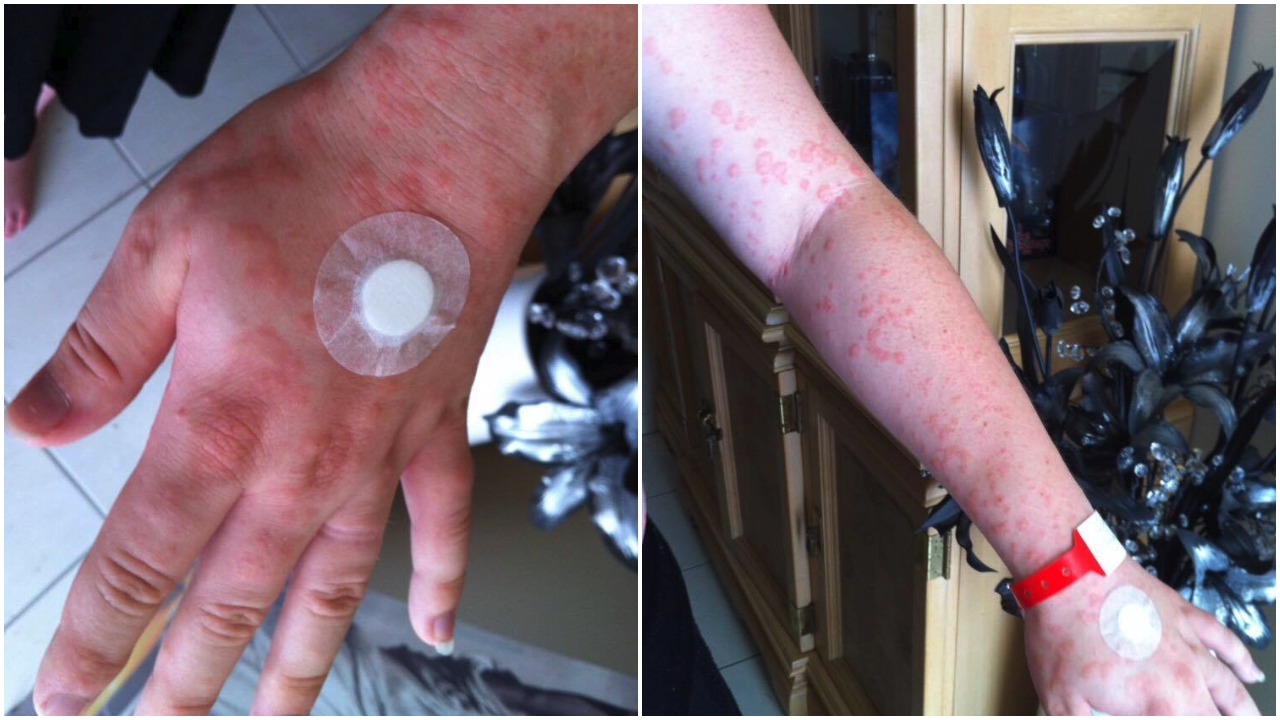 Summer was given a steroid cream and took baths with oatmeal to help ease the itching. However, for Summer, it seemed nothing was working.

“One night, when I was 37 weeks pregnant, I was in so much pain I was in the bath trying to calm it down,” she says. “I ended up screaming to my husband because I needed a bucket to be sick, it was so severe.”

That’s when Summer and her husband decided they needed to go to the hospital. Summer was monitored by doctors, but in the end, they decided her rash was so severe, they had to induce her. 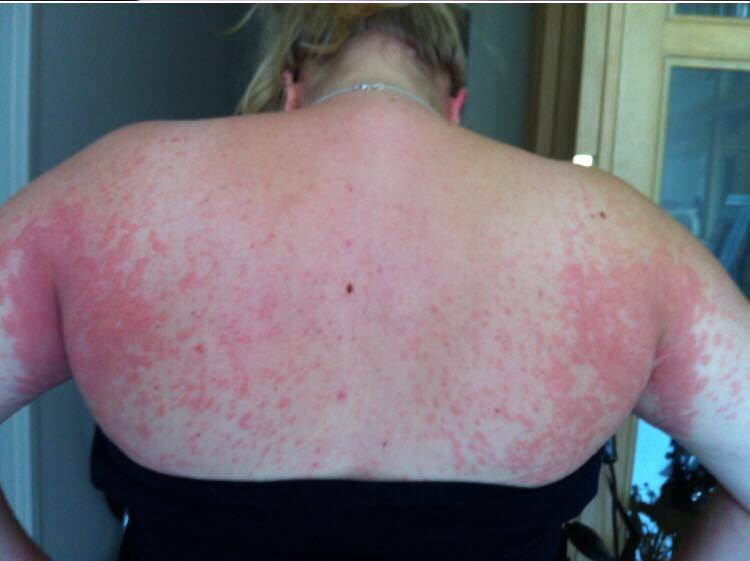 “As soon as my son was delivered via c-section after being induced, the rash faded immediately,” says Summer. “It did take a couple of days for the rash to go down completely, but it was such a massive relief straight away as soon as it went down.” 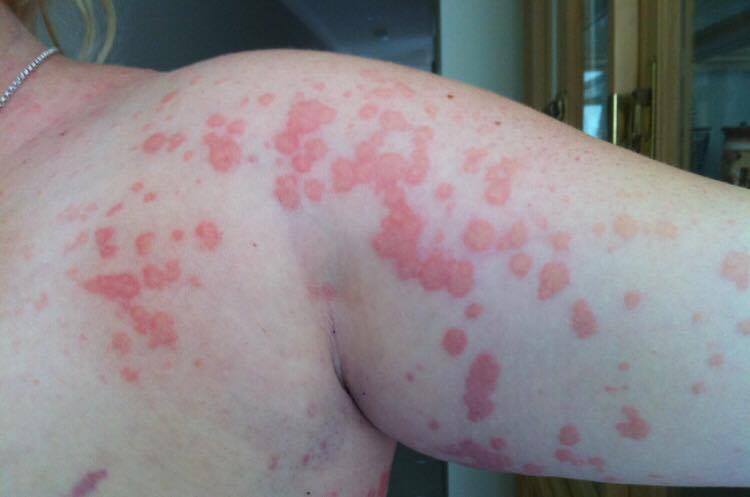 Since then, Summer has had two more sons but did not suffer from PUPPPs again. 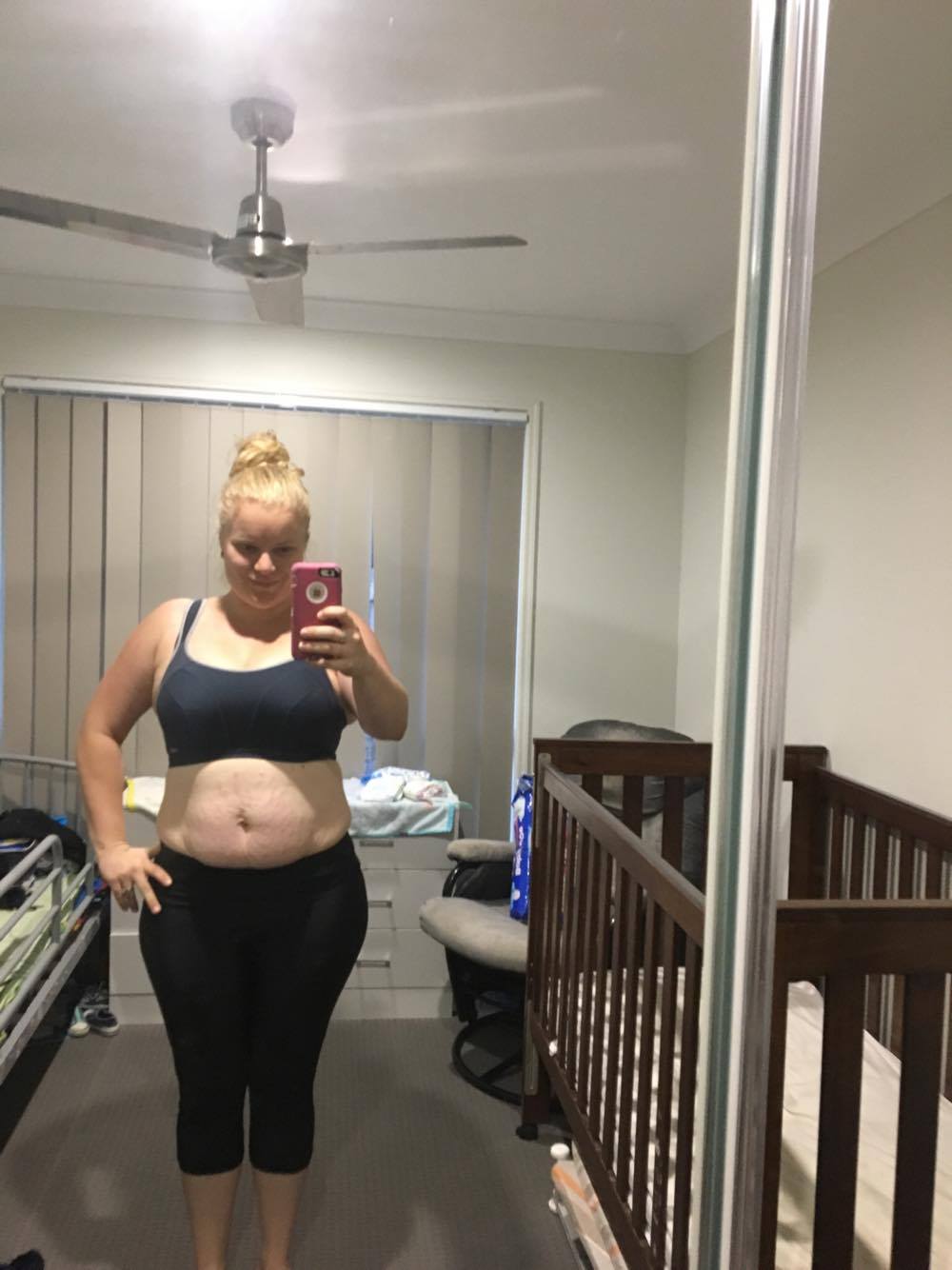 “My tummy no longer looks like it did when I had PUPPPs,” says Summer. “I still have stripes but they are my reminder of giving birth to three amazing little men.”

Pruritic Urticarial Papules and Plaques of Pregnancy (PUPPP) is a skin condition that affects around one in 150 women during pregnancy, says Health Line.

While the exact cause of PUPPPs is unknown, the stretching of the skin may be what triggers the rash. They can also occur during a first pregnancy or while carrying multiples.

PUPPPs usually begins on the stomach and can spreads to other areas. The rash appears as small pink pimple-like spots. Blisters can sometimes form around the rash.

“PUPPPS (Pruritic Urticarial Papules and Plaques of Pregnancy) is a very common skin condition in pregnancy. It often happens in first pregnancies. The good news with PUPPPS is that although the rash is extremely itchy and can become frustrating it has no long term effects to mother or baby,” midwife Zoe Ryan tells The Healthy Mummy.

“In regards to treatment we recommend cold compresses, cool showers, calamine lotion, moisturising creams and oils (as dry skin can make the itch even worse). The woman could also be offered steroid creams and oral antihistamine tablets.

“There is another pregnancy condition called ‘cholestasis’ which also presents itself with a rash and itch that can have serious effects on the baby. It is important that you are seen by your midwife or doctor to determine what condition you have, which is often determined via a blood test and where your itch/rash has presented itself on your body.

“If the mother is in extreme discomfort and she is over 37 weeks it would be reasonable to offer an induction of labour for the mother’s comfort.”

If you think you are suffering from PUPPPS – don’t hesitate to speak with your health care practitioner.

Summer was that person who’d start a diet only to give up a week or two later…but NOT any more thanks to the 28 Day Weight Loss Challenge!

Despite a few setbacks, she’s learned to try things out of her comfort zone and is fitter, happier and healthier than ever. Here at Healthy Mummy H.Q – we couldn’t be prouder! 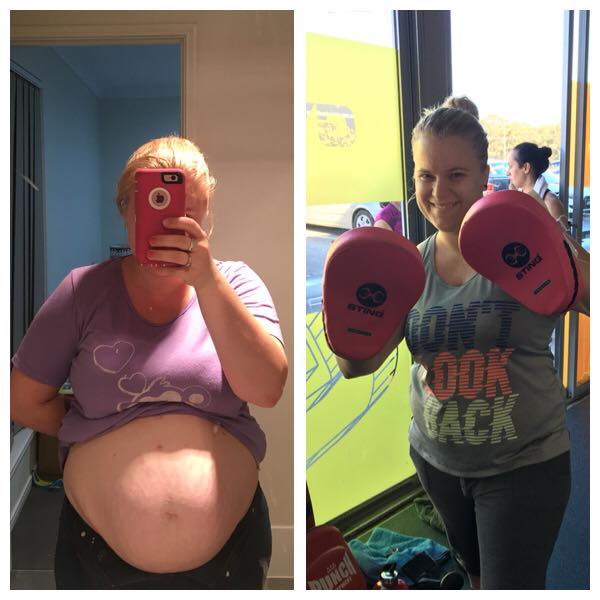 “I was always the one who went on many diets and only ever lasted a week or two!

“Well I’m happy to say that since I’ve been on the 28 Day Weight Loss Challenge I’ve lost 1.8st, with the support of this amazing group!!”

The 28 Day Weight Loss Challenge is designed to help mums shift the baby weight with realistic and family-friendly meal plans and exercises.

Summer reveals she is feeling great and is exercising daily. Each and every day she is stepping out of her comfort zone, eating well and is feeling really happy.

“Don’t just go for weight loss cause while that’s great, the feeling you get is just more than I could ask for!

Thank you for sharing your story with us Summer. We are so very pleased to hear you did not have to endure this painful rash throughout all of your pregnancies.

Are you a yo-yo dieter? What if we told you that you could lose weight FOR LIFE! Yep, that’s right! Researchers have found an incredible…
END_OF_DOCUMENT_TOKEN_TO_BE_REPLACED

People tend to give themselves the freedom to indulge on things classified as ‘healthy’, but you should ALWAYS watch the quantity of food you eat.
END_OF_DOCUMENT_TOKEN_TO_BE_REPLACED

What a difference nine months can make! Kaire Konton-Smith has shared her incredible transformation photos after joining the 28 Day Weight Loss Challenge and all we…
END_OF_DOCUMENT_TOKEN_TO_BE_REPLACED

Did you know that the average Christmas dinner with all the trimmings can mount up to as much as 6000 calories?!!! Woah! And that’s just…
END_OF_DOCUMENT_TOKEN_TO_BE_REPLACED

The festive season is often full of temptation everywhere, it can be frustrating and so easy to lose track of your goals and maintain that…
END_OF_DOCUMENT_TOKEN_TO_BE_REPLACED